Discover inventive small business owners, makers, and innovators who are masters in their fields and will help you create the home of your dreams and engage with your community.

Running for Good: The Kennett Run and Dressember

The 29th annual Kennett Run steps off on May 19! This wonderful Kennett Square tradition is a fun event for the entire town, including routes of different lengths and intensities and culminating with a party in Anson B. Nixon Park! I love the Kennett Run because we literally stop traffic for it and everyone comes together! Last year, my husband and I got coffee on State Street right around the time that the race started, and we had such a good time cheering on the runners! I highly recommend it. The route has a killer hill that runners need to run twice, and I really think that clapping and encouragement helps. Being an active (read: loud!) spectator is a really great way to be involved, even if you aren’t participating in the race itself.

But if you are a running type, why don’t you register? Proceeds from the event go toward numerous grants to local nonprofits, making Kennett Run Charities the biggest event charity in town, giving back over $1.1 million over its history! Your registration fee benefits organizations that offer needed services to our community. Plus, if you sign up in advance, you get a free shirt! It’s really a win for everyone.

I have participated in the Kennett Run twice in the past, but I found that even though race day is fun and energizing, I actually hate to run on a regular basis. So I wrote off running, and I’ve been doing other forms of exercise ever since. This year, I’m lacing my sneakers back up and training for the 5K because I have the opportunity to run for another great cause: raising awareness about human trafficking and fighting it!

I used to believe that slavery is a simply a thing of the past, but in the past few years, I have learned the sad truth that millions of men, women, and children are held in modern slavery all around the world. Through human trafficking, forced labor, and other exploitation, poor and vulnerable people are subjected to horrific abuse every day. Modern slavery is a widespread and lucrative business, and often, the lack of sound judicial systems create conditions that are conducive for human trafficking to continue. It’s natural to feel powerless in the face of such a huge problem, but I want to encourage you: we can make a difference! All throughout the world, there are organizations that fight human trafficking in many ways, including investigation and prosecution of perpetrators, systematic legislative reform, and aftercare and therapy for survivors. Dressember is a foundation that awards grants to organizations like these, and I’ve been a Dressember advocate since 2014.

Dressember is a challenge to wear a dress every day in the month of December while raising awareness and funds to fight trafficking. It’s a way for everyday women to advocate for women (and men and children) who are trapped in modern slavery. In the past 5 years, Dressember advocates have raised over $5 million and grown to over 8,000 in number, including “Dressember Men,” who participate by wearing ties or other “dressy” clothes for the month. A rally cry for Dressember advocates is that “you can do anything in a dress,” and so on May 20, Dressember is hosting its first 5K: the You Can Do Anything in a Dress (or Tie) 5K! This event is a fundraiser and new opportunity for people to get involved, and you can participate in any city!

I originally dismissed the idea of participating because, as I mentioned, I hate to run! But I also knew that running a 5K would be pushing my comfort zone. Any amount of discomfort I felt would be insignificant in comparison to people who are modern slaves. And yeah, I’d look pretty goofy running a race in a dress, but so what? If it raises awareness about human trafficking and leads to conversations about why the heck I’m doing it, why not? It’s worth it. People’s lives and dignity are worth it!

Conveniently, the Kennett Run is on May 19, so it was meant to be! I formed a race team, and I’m excited that my friends, Tiffany, Becky, and Miriam are all joining me in running in dresses! Miriam has actually run in a dress before in December (she’s hardcore!), and Becky participated in a 5K with Walk Her Home, Chester County organization dedicated to restoring victims of sex trafficking.

Here is how you can support us as we run the Kennett Run for freedom:

I hope to see you on the course or along the route on race day! 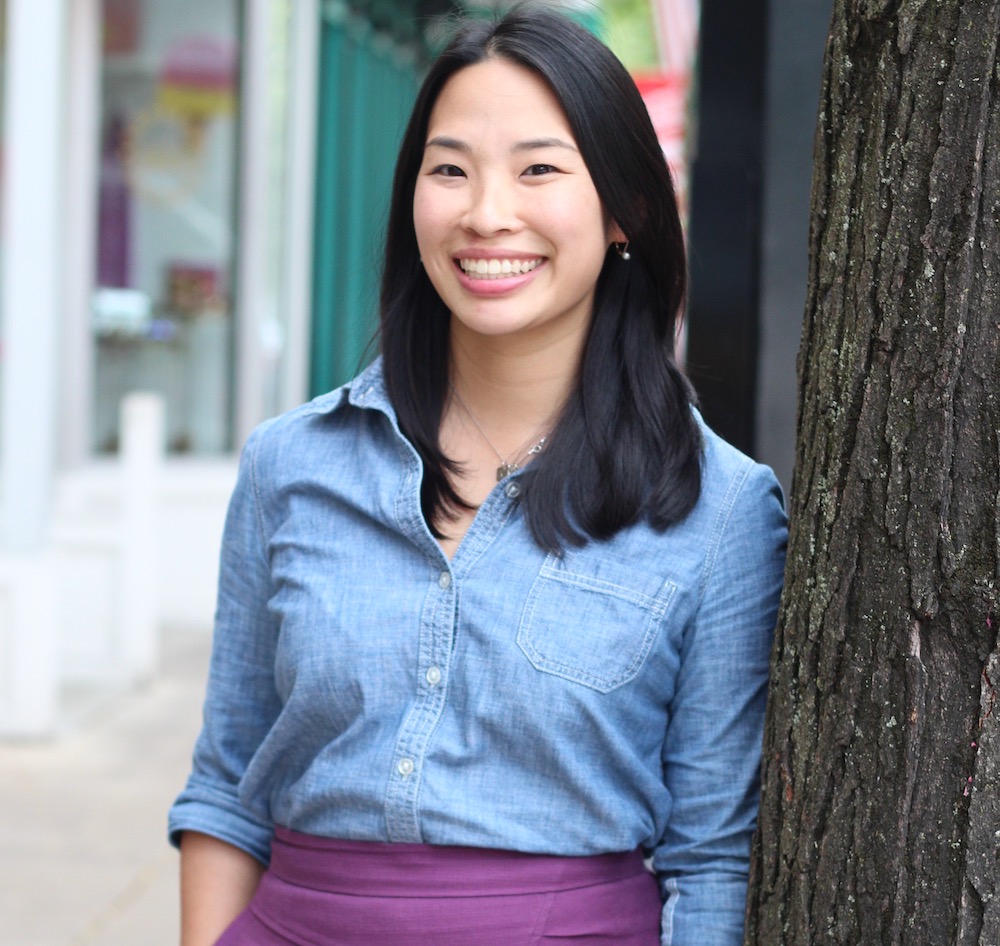 RuthAnn is a Connecticut native who has been a proud Kennett Square resident since 2005 and loves all the interesting stuff to do in the area. You can catch her around town as she walks her Westie, Ted.